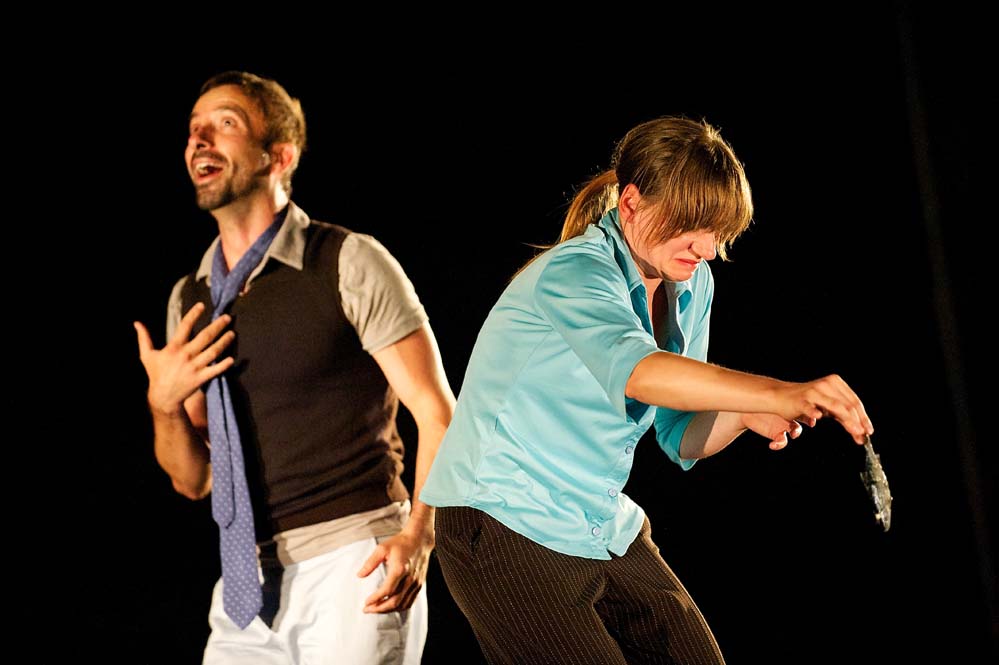 The dancers show how different interpretations of a single topic, approached from opposing attitudes and perspectives, may lead to a completely absurd form of (mis)communication. The absurdity reaches a peak when the structures of power collapse and dissolve due to misunderstanding.

Austrian choreographer Helene Weinzierl founded cieLaroque/helene weinzierl in 1995, after dancing for more than ten years. The company has won several prizes and is one of the most prolific touring ensembles on the Austrian dance scene. Some of her productions feature a connection between dance and theatre; others are dedicated exclusively to a clear and intensive language of movement. In recent years, the work of the company has been characterized by interdisciplinary pieces and the implementation of video. Most of the productions focus on socio-politically relevant topics.