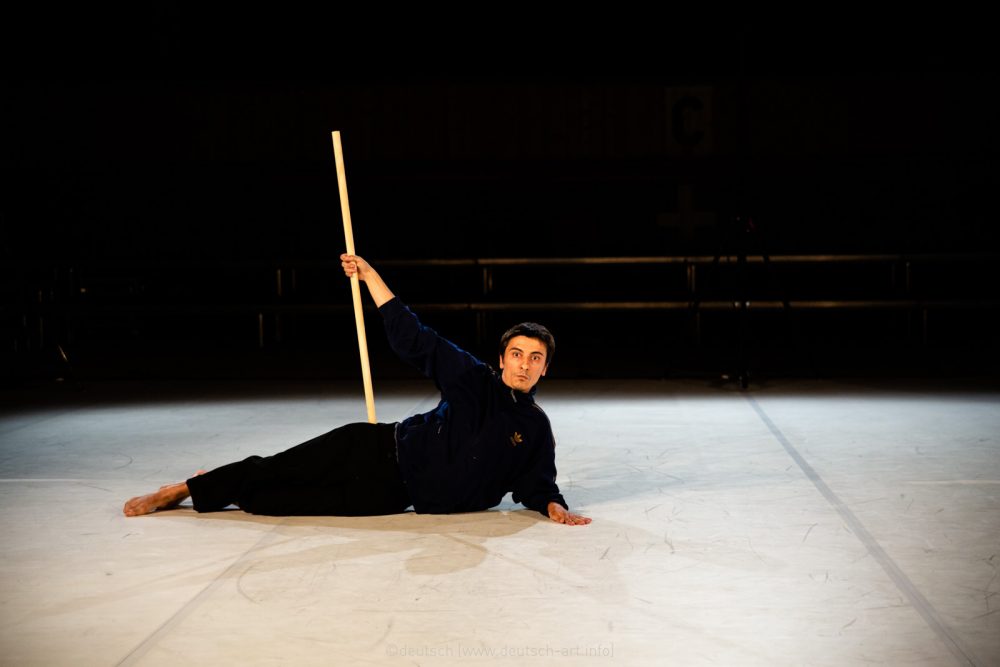 On stage lies a man, and a stick. In the background a large flat screen TV flickers, and comes to life. The TV reads “MAN / STICK”, as if to clear up any doubt as to what is right in front of us.

This is not a story. Yet over time, as the Man and the Stick move through different forms together, a certain relationship emerges. Stick makes Man move and through this movement his body begins to speak. Then Stick speaks to us through Man.

All the while the TV tells us what to see. We don’t like being told what to see all the time, but now how can we see anything else?

Followed by a Post-show discussion

Darragh McLoughlin was born in Cork and moved to Berlin to pursue what would become his circus training and career. In 2012 he founded Squarehead Productions as a platform for artistic research and performance.

Use the code BEFRIEND for £6 tickets