Travel across Europe in one exhilarating night

Some theatres provide the opportunity to take part in workshops with the artist. Check with your local theatre for information.

This tour is possible thanks to the support of: 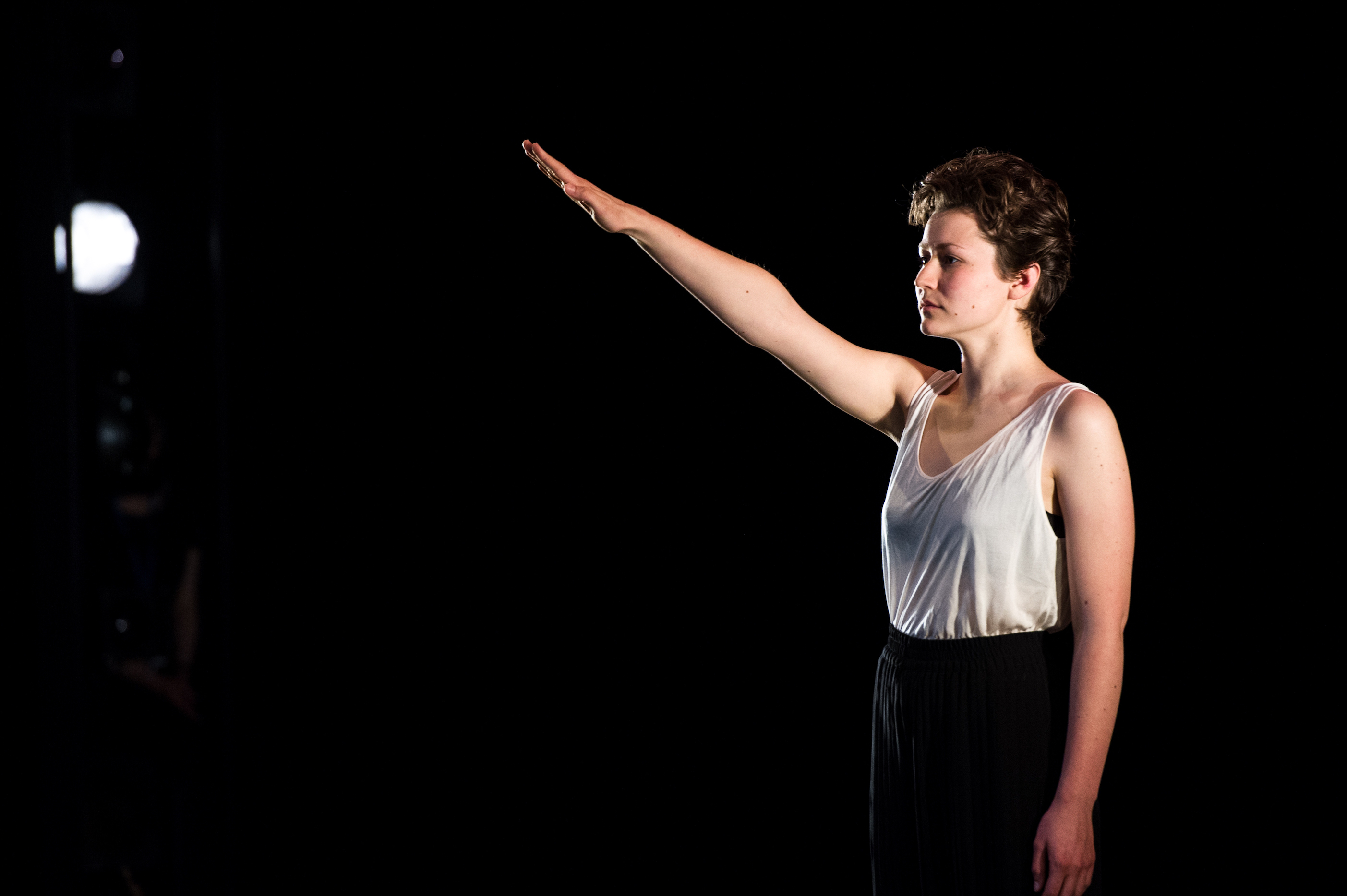 A piece asking questions about a potent symbol that has re-emerged across Europe.

The saluto romano, the olympic salute, the Bellamy Salute or in its most common form, the Hitler Salute. One of the most powerful and violent symbols of the twentieth century is re-contextualised on stage through physical performance and essay. The German production takes a unique cross-disciplined approach to a controversial subject, one that has re-emerged across Europe in extremist organisations.

Oliver Zahn’s performance group are a loose collective of creators working together on various projects. Without formal previous experience – the group who created this work made it during their studies at Munich’s Theaterakademie. Since its premiere in February 2015, it has successfully been touring festivals for emerging artists both nationally (i.e. 100° Berlin, Kaltstart Hamburg) and internationally (Young European Theatre Spoleto). Recently, the piece started to be presented outside of the festival circuit by various professional theatres such as Ballhaus Ost Berlin. It was then presented by the prestigious Munich Kammerspiele Theatre in March 2016 as part of its commitment to foster young talent. Oliver Zahn was nominated for Best Emerging Artist by Theater Heute, a leading professional publication on the performing arts in Germany.

Music
What Power Art Thou, from Henry Purcell’s King Arthur, performed by Fink and the Concertgebouw Orchestra. 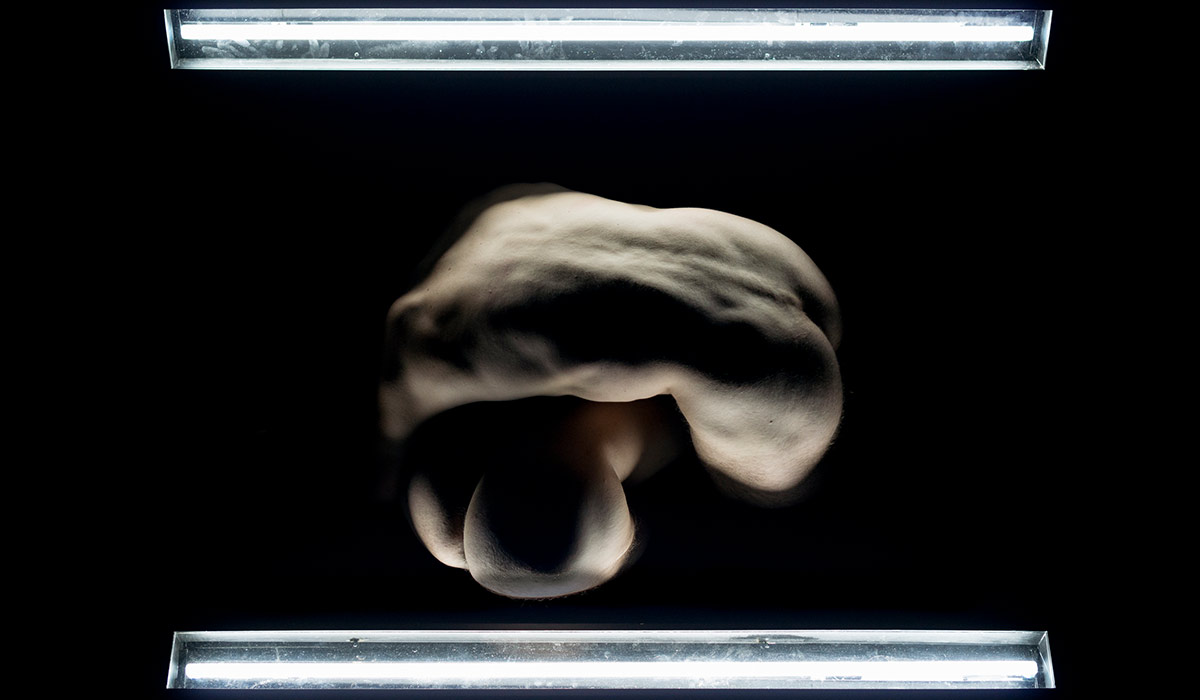 A mesmerising and visually arresting display of bodies weaving through black holes and shards of dazzling light.

A transcendental performance created by Philippe Saire, one of Europe’s leading exponents of experimental choreography where movement and visual arts converge and bodies weave through black holes and shards of dazzling light. The slo-mo optical canvas mesmerises as two male forms float through a vacuum created in space. The show has been programmed at the 2016 edition of Internationale Tanzmesse Düsseldorf and is part three of theDispositifs (stage devices) series by Philippe Saire.

In 1986, Philippe Saire created his company in the region of Lausanne, Switzerland, and since has played a significant part in developing contemporary dance in Switzerland. In 1995, Cie. Philippe Saire opened its own space, the Théâtre Sévelin 36. Located in Lausanne, the theatre is dedicated to contemporary dance and hosts performances of international stature, as well as local dance acts, in a bid to help promote local companies. In 1998, Philippe Saire was awarded the Grand Prix by the Fondation Vaudoise pour la Promotion et les Créations Artistiques That same year, he won the Prix d’auteur of Conseil général de Seine-Saint-Denis (France), at the Sixth International Choreographic Meeting, for his piece Étude sur la Légèreté. And in 2004, ProTanz Zurich awarded him the Swiss dance and choreography prize. In 2013, Théâtre Sévelin 36 is the laureate of the “Prix spécial de danse” awarded by the Office fédéral de la culture.

Supporters
Realised with the support of Laboratorio Nove 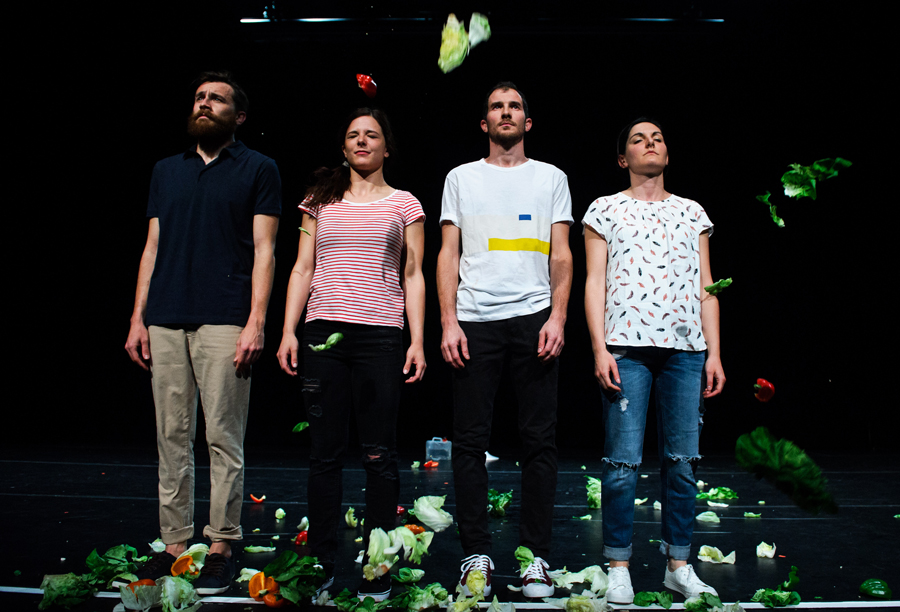 Imagine a future with an 8 seconds span attention.

A funny, fast paced and physical show underpinned by a burning sense of confusion brought on by modern day mass distraction.

Sotterraneo formed in Florence in 2005 as a research group composed of a fixed core who are joined by a cluster of performers and minds depending on the projects. Each working group has launched a probe to investigate the linguistic possibilities of the theatre based on a particular time, intellectual meaning whether it be ancient or contemporary. Sotterraneo move across formats from conventional stage to site-specific performances with an avant-pop approach balancing collective imagination and unconventional thinking, considering the stage a place of citizenship.